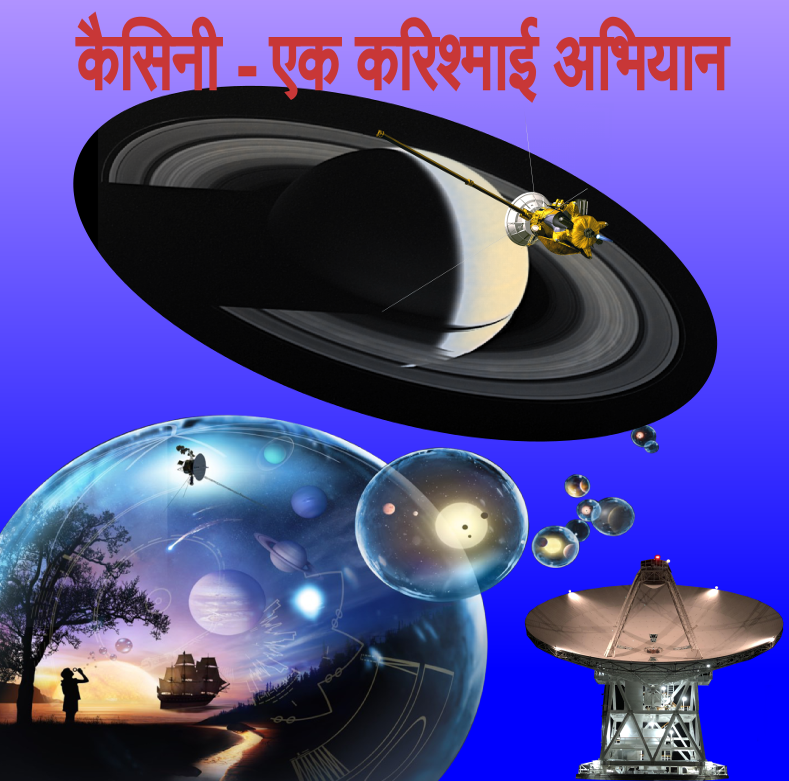 The Cassini-Huygens mission was launched on October 15, 1997. Its destination was the ringed planet Saturn. This two decades long mission included a two ton orbiter to probe into the Saturnian system and a 350 kg landing probe - Huygens, which parachuted down to the surface of the largest moon - Titan. The latest show brings alive on the planetarium dome the excitements of a host of new findings during this exciting mission. This was truly an international mission. A group of 28 countries from Europe and America participated in its planning, design and execution. One of the 82 moons of Saturn, other than Titan, Enceladus, was found to be quite interesting. Discovery of water deep below the icy surface of Enceladus, is one of the major highlights of the mission, raising the possibility of finding life forms anywhere else in the solar system. It is the second satellite in the solar system with direct evidence of a sub-surface global ocean. In addition, this hour long presentation furnishes a host of very interesting astronomical tidbits to the visitors to make it an unforgettable experience. All shows are in Hindi.